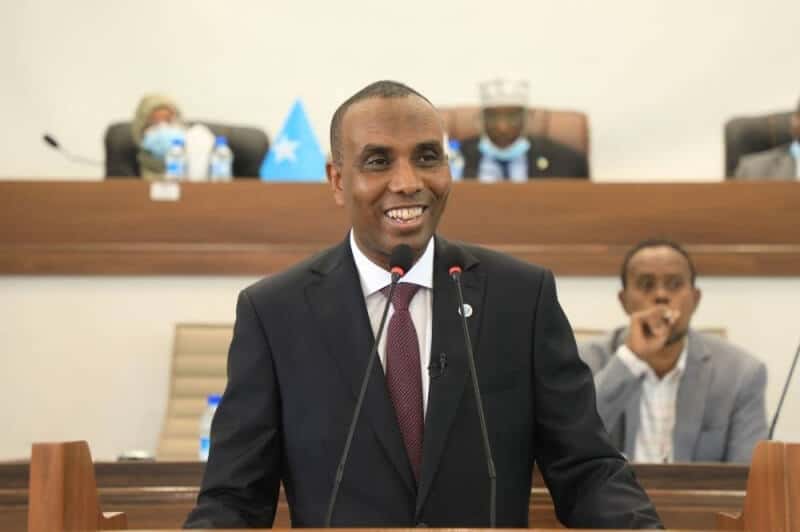 Somalia’s parliament on Saturday unanimously endorsed Hamza Abdi Barre as the new prime minister, paving the way for the creation of a new government.

All 220 lawmakers present gave their blessing to Barre’s appointment, and he was then sworn into office, the parliament speaker said.

Barre, told parliament he would form a “quality” government that would focus on “creating inclusive political stability (in line with) the president’s motto of a reconciled Somalia that is at peace with the world”.

Somalia’s new administration faces a raft of challenges including a looming famine and a grinding insurgency by Al-Shabaab jihadists.

The MP from the semi-autonomous state of Jubaland was chosen earlier this month by President Hassan Sheikh Mohamud, who was elected by parliament in May after a long-delayed and stormy voting process.

“Our government has an ambitious policy programme which seeks to improve our security, strengthen our economy and deliver basic services for our people,” Mohamud said on Twitter after Barre was approved. “Let us move forward together.”

Barre who was present during the motion was immediately sworn in and lauded the lawmakers for having confidence in him.

The new PM now has 30 days to form his new cabinet that will be tasked with transforming the country amid security, severe drought, and other challenges.

Barre, 48, was elected to Parliament for the first time in December. Previously, he was the chair of the Jubaland regional electoral commission.

He was nominated on June 15 as prime minister by the newly elected president, Hassan Sheikh Mohamud.