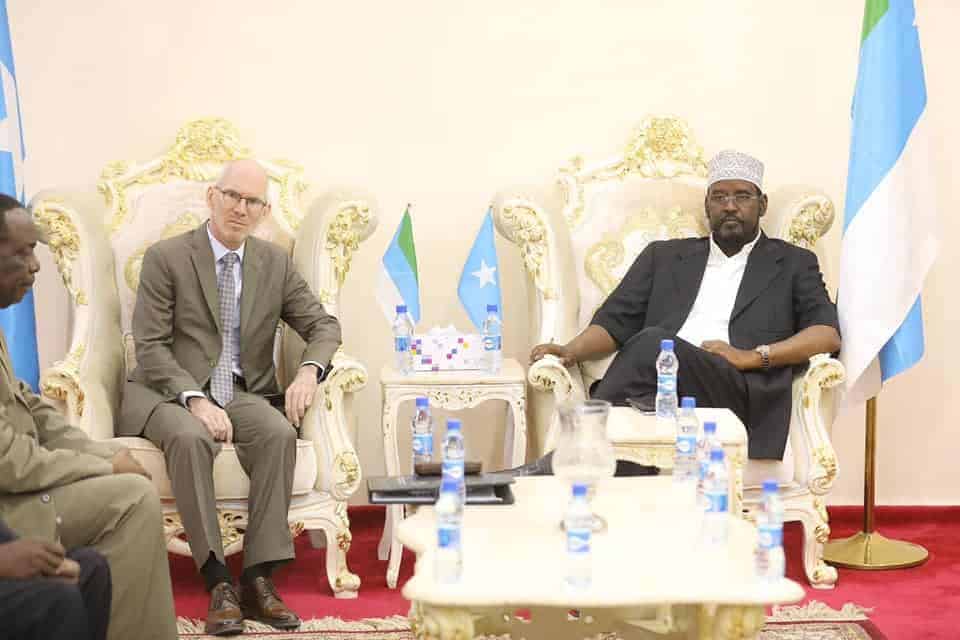 Mogadishu – Senior representatives of the African Union (AU), the Intergovernmental Authority on Development (IGAD) and the United Nations (UN) travelled to Kismayo today to engage with stakeholders on Jubaland’s ongoing electoral process, which is expected to culminate in the election by the State Assembly of the State President.

The delegation held a series of meetings with senior public officials and key stakeholders, including President Ahmed Mohamed Islam, the Chair of the Jubaland Independent Boundaries and Electoral Commission (JIBEC), some presidential aspirants, traditional elders, and women civil society members.

The delegation appreciated the willingness of all stakeholders to engage and listened carefully to their differing perspectives of the electoral process.

Recognizing that this process remains heavily contested, the delegation expressed concern that this situation, if unresolved, could have a destabilizing effect on Jubaland, at a time when preserving unity and stability is of vital importance.

The AU, IGAD and UN representatives reiterated the need for a single, agreed on electoral process, according to the Jubaland Constitution and consistent with the federal Provisional Constitution.

They pressed for further improvement in the current process being led by the JIBEC to ensure it is credible, inclusive and can garner wide consensus within Jubaland. They urged all parties to refrain from any acts of violence or intimidation. They further urged all stakeholders to address disagreements through dialogue, to ensure public confidence in a process that would be accepted as credible and fair.

The AU, IGAD and the UN will continue to engage key Jubaland stakeholders on these important issues.