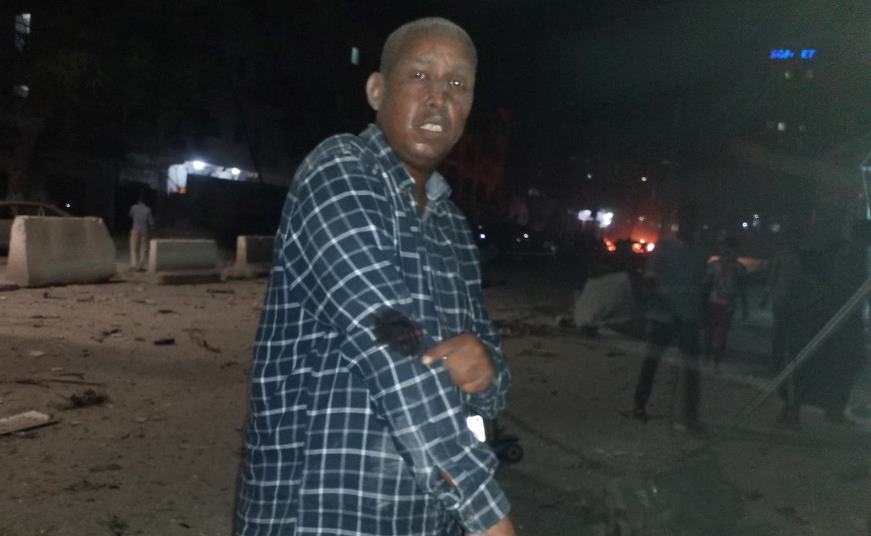 Somalia’s government spokesperson was wounded on Sunday in an explosion at a road junction set off by a suicide bomber in the capital Mogadishu, police and the national news agency said.

Witnesses told reporters Somali that a suicide bomber ran toward Moalimuu’s vehicle in central Mogadishu and detonated an explosive vest. Moalimuu sustained injuries to the hand and leg from shrapnel from the device.

Moalimuu has survived at least three previous al-Shabab attacks, and tweeted “It was a lucky escape” after surviving one in 2016.

The al Qaeda-linked Islamist militant group Al-Shabaab, in comments on its Andalus radio station, claimed responsibility for the attack on Mohamed Ibrahim Moalimuu, who was rushed to hospital and reported to be in stable condition.

At the scene of the blast, the remains of the suicide bomber were scattered on the groundclose to Moalimuu’s four-wheel-drive vehicle with its back windows blown off.

Prime Minister Mohammed Hussein Roble, in whose office Moalimuu works, called the bombing an “odious terrorist attack” in a statement on Twitter.

Al Shabaab frequently carries out gun and bomb attacks on Somali security and government targets, but also on civilians.