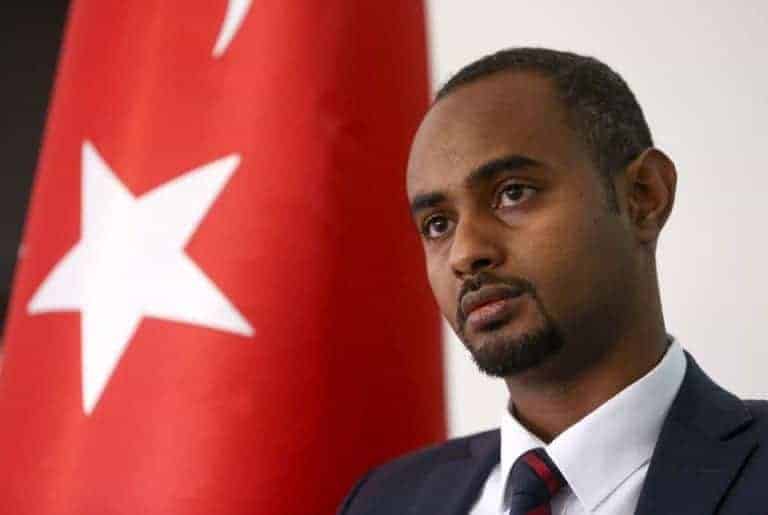 Somalia, the cradle of democracy in Africa during 1960s, once again demonstrated an exemplary model for the region, with an unprecedented peaceful power transfer in the elections held on May 15, 2022. Few disturbing tensions during the protracted election process led the international community to anticipate adverse scenarios. But the results dashed the hopes of doomsayers and showed the world that Somalis no longer want conflict but peace. Hassan Sheikh Mohamud ran his political campaign with the slogan ‘‘Peace inside, peace outside!’’ and took 66% of the votes. His victory manifests our common will for democracy and heralds new opportunities for peace, security, and economic development both in Somalia and East Africa.

During the civil war that devastated the entire country and turned it into a bloodbath, unlike many others, Mohamud preferred to stay in Somalia and serve his nation at the forefront of civic engagement. Emphasizing the decisive role of education in guiding Somalis to rise from the ashes of destruction, Mohamud devoted himself to reforming the national education system. His experience and success in civic engagement brought victory to him as the 8th President of Somalia in the 2012 presidential elections. His promises of ensuring national reconciliation, increasing anti-corruption measures, and socio-economic and security reforms conquered the hearts of the nation during those years. Mohamud undersigned significant projects between 2012-2017, and gained experience and insights on building a prosperous Somalia.

In 2017, Hassan Sheikh Mohamud lost his seat to his rival Mohamed Abdullahi Farmajo. Yet he remained firm in his love and commitment to a brighter future for Somalia. Five years in opposition have been a time of reconsideration for him. Desiring to seek “Somali solutions for Somalia”, he founded the Unity for Peace and Development Party. His career and experience in Somali politics, his aspiration to alleviate adversaries and unite the nation under one flag, and his belief in peace brought Mohamud back from opposition to power in 2022.

An inclusive leader, a master-builder

President Mohamud is determined and undaunted in overcoming the country’s major challenges, eliminating terrorist organization al-Shabab, speeding up the rebuilding of the state, enforcing a permanent constitution, and bringing the economy on track. In addition, he expresses at every opportunity that he will endeavor to restore respect for the rule of law and enshrine individual rights and freedoms.

The way for Somalia to stand on its own feet is through rebuilding the institutional and social infrastructure that was disrupted during the civil war. To that end, an inclusive political vision and a resolute will for unity are decisive. The election results in this sense demonstrated our nation’s faith in President Mohamud and his competence in resolving social and ethnic divisions and reuniting the country. In addition, it is essential to rebuild the state institutions and ensure efficient functioning in integration and coordination. In line with this objective, Mohamud had already taken concrete steps to restore the Somali state between 2012 and 2017. His experience in state-building and willingness to cooperate with the international community is crucial for the resurgence of our nation.

Mohamud’s possession of these qualities bears the potential to reinvigorate the Somali state in political, economic, and military means. It will end terrorism in the region and fill the power vacuum. An economically developed Somalia, unburdened from terrorism and disruptive separatism will foster peace and security in the region.

The future of Türkiye-Somalia relations

Hassan Sheikh Mohamud’s election as president also provides a historical opportunity for the advancement of Türkiye-Somalia relations. Alliance between the two nations gained new momentum in 2011 with the visit of President Recep Tayyip Erdogan, who was then prime minister, and deepened in 2012 during Mohamud’s presidency. As a diplomat who served in Ankara during those years, I can wholeheartedly assert that the friendly ties between Recep Tayyip Erdogan and Hasan Sheikh Mohamud have directly reflected the Turkish-Somali alliance. Various strategic projects between Türkiye and Somalia were undersigned and implemented during that period. Believing that Türkiye’s support and humanitarian aid touched the hearts of the Somali people, Mohamud is an eager proponent of the Turkish nation and government at every opportunity. He was also the first leader to condemn the bloody FETO coup attempt aimed at overthrowing the elected government in Türkiye in 2016.

During Mohamud’s first presidency, Aden Adde International Airport and Port of Mogadishu -the two most strategic gates of Somalia to the world- commenced operation by Turkish companies. Türkiye’s largest overseas military facility, TURKSOM, which was initiated by Defense Minister Hulusi Akar in September 2017, is another outcome of cooperation during this period. TURKSOM contributes to Somalia’s future by training the Somali soldiers, the backbone of the Somali army. Mohamud also had the privilege of renovating the Erdogan Hospital, the largest hospital in Somalia, constructed by the Turkish Cooperation and Coordination Agency (TIKA) and commencing service in 2015.

While the bilateral trade volume was only 6 million dollars in 2010, it reached 187 million dollars as of 2018. Thousands of students, the future generations of Somalia, chose Türkiye as their destination for pursuing academic careers. During these years, Türkiye immensely supported Somalia with its various state institutions, particularly the Ministry of Foreign Affairs, the Presidency for Turks Abroad and Related Communities (YTB), the Maarif Foundation, Yunus Emre Institute (YEE), Diyanet Foundation, and TIKA. These engagements, as the products of a mutual win-win strategy, have solidified the increasing sympathy between the two nations.

Certainly, the relations developed and gained continuity in the first period of Mohamud will deepen more in the second period. With its constructive role in Somalia, Türkiye has won the hearts of the Somali people and the Somali political and economic elite. It is in the interests of both sides to uphold the brotherly relations and evolve into a strategic partnership in political, economic, and military dimensions.

For Somalia, Türkiye is an exemplary country with its strong state capacity, sophisticated military power, and experience in fighting against terrorism. For this reason, the people of Somalia desire continuity in Türkiye’s support in the fight against al-Shabaab, and engagement in the country’s state-building process. The end of terrorism is crucial in paving the way for Turkish-Somali relations to move forward in multiple dimensions, especially in economic flourishing. Somalia expects more investments from the Turkish entrepreneurs in various fields such as trade, agriculture, animal husbandry, fisheries, mining, and energy, and is fully ready to provide all kinds of incentives.

Hassan Sheikh Mohamud’s victory is undoubtfully hope-inspiring for Somalia and its allies. His inclusive vision, determination in the fight against al-Shabaab, and adherence to the rule of law will open new doors for a prosperous Somalia. Once the chronic challenges are resolved and terrorism ends in the region, Somalia will become the cradle of democracy again, as it was in the past. To this end, President Mohamud expects support from all friendly and allied countries, especially from Türkiye. International support and cooperation are vital in reestablishing security and development in Somalia and East Africa. The “win-win” principle is in the interest of all.